While this is not the first time that I have written a story, what I am writing about today is something new to me. In life I have learnt that it is important to be alert and understand the saying “every day brings something new”. It was at the end of 2018. when, for the first time, I heard these two, words that were totally new to me: multiple myeloma. 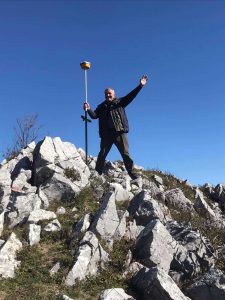 That was the moment when my father received his diagnosis at the Pristina Clinical Centre in Kosovo. As it is possible that most of the readers of my story remember similar moments in their lives, I will not attempt to describe this in greater detail.

It is the moment when you find yourself in an alien world, like a newborn baby taking its first breath, without mum to embrace it, to give it warmth and protection. And so, this is how our family battle began.

It took a few days for us to process this new reality: my brother, facing this his first challenge in life, my sisters with worry in their eyes, our mother who, as always, held us all under her protective wing and told us that this was yet another of life’s throw of a dice and that we had to play wisely.

Our father, having to face and accept the fact that he had cancer, while thinking of how much more he had wanted to accomplish on this Earth, considered giving up, but then getting strength and inspiration from our determination to fight this battle to the very end – came up with “I will give this fight everything I have got”. Our first challenge: getting Bortezomib.

Kosovo, as a country in 2019. did not have any Bortezomib available, and the same situation applied to Bosnia and Hercegovina, the country where I had settled. We had to find a way to buy and import it by different means and routes. My youngest brother was the quickest to find a solution, turning the impossible into the possible. I will not dwell on this; it is enough to say the first attack by the malignant, malfunctioning cells was stopped.

There is only one word to meaningfully define our family’s state of mind and that is “our willpower”. It grew exponentially, enveloped us, moved from one to another, then spread to our wider family and friends. Suddenly, phials of Bortezomibe begun arriving: we did not know who bought it,from where or who paid for it. Now, as I write this story I think of the importance of building honest friendships – one of the values our parents instilled in us when we were growing up.

Some weeks later, our father was discharged from the hospital, feeling much better and with a recommendation to continue Bortezomib therapy.

We felt a lull in the panic, which gave us some time to started researching the new words in our vocabulary. I got to hear of Mijelom CRO on a TV programme and got in touch with Mira Armour.

That was the moment when our defensive reactions changed into offensive ones. The game changer was our feeling of empowerment which derived from information, understanding and the possibility of becoming members of MijelomCRO regardless of the fact that we were from another country.

This, however, this was not all: we took a step further. My father and I made contact with all the patients with myeloma and the way how to help them to get the necessary medication with the support from Mijelom CRO. It was not uncommon for my father to be met at the clinic by people unknown to him, who came to thank him for the help he had given.

That fact alone had a big influence in creating the “Willpower”, the purpose and energy to carry on with the fight. This whole process produced pressure at different levels and with different stakeholders in the country, so that, finally, the Priština Clinical Centre obtained the necessary drugs for all its patients. What an amazing achievement that was!

The therapy has now finished, the blood tests are normal, and we have returned to the way of living we enjoyed before. Family routine and activities have continued from where they were temporarily halted. 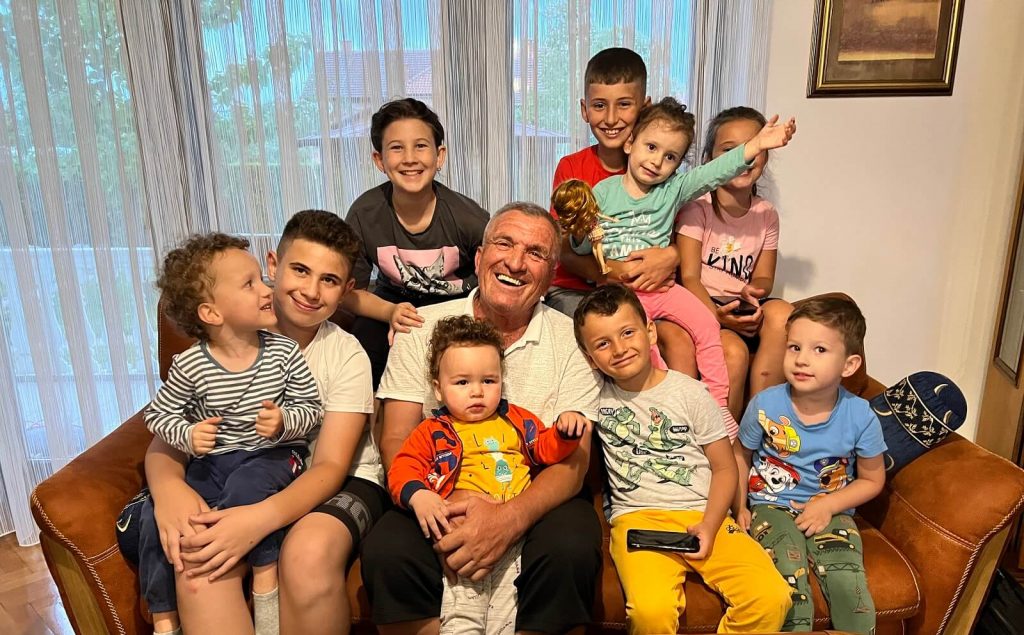 Halit with his grandchildren

I often think of what steps we took and which were most helpful. My conclusion is:

Today, my father who, is almost 70, still works as a certified geologist and enjoys getting his family all together. He takes heed of everything his doctor tells him and believes in her implicitly. We hope that we have seen the back of myloma, but if it knocks on our doors again, we know what we have to do.

I want to thank all our friends and family for their support, and especially our haematologist dr. Viola Cavolli, and also Mira Armour and the charity MijelomCRO.

PS I have not mentioned the battle we have had with Covid-19. Myeloma has gone hand in hand with it and we have seen both of them off.

With love, sending you all my best regards and wishes
Rizah Kabashi